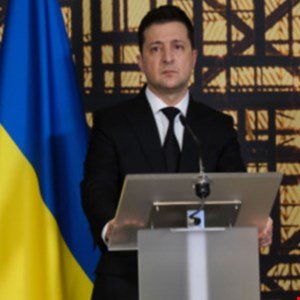 A music program on “at least one” out of TAVR Media’s stations – one of Ukraine’s largest radio networks – was interrupted by the false reports just after midday on July 21. The so-far unidentified hackers broadcasted reports that Zelensky was hospitalized “in an intensive care ward” and that he was temporarily deputizing his presidential responsibilities to Ruslan Stefanchuk, Chairman of the Ukrainian parliament.

Following the hack, Zelensky addressed the false information, stating: “I am in the office and I have never felt as healthy as I do now” and accusing Russia of orchestrating the attack.

TAVR Media announced that it is working “to solve the problem.” Yet, it remains unclear which hacker group is behind the transmission, with Ukraine’s cyber-attack response unit CERT-UA first having to investigate the incident.

“Hackers have spread the news suggesting that the President of @Ukraine @ZelenskyyUa is allegedly in critical condition under intensive care and the Chairperson of the Verkhovna Rada of Ukraine Ruslan Stefanchuk acts in his stead.

“TAVR Media Group reports that the information communicated on their radio stations is not true. The issue is now being addressed by competent agencies.”

The attack comes as no surprise given the ongoing kinetic and cyber war between Russia and Ukraine, reiterating how deeply intertwined cybersecurity and geopolitics are. Earlier this month, the SSSCIP reported a surge in cyber-attacks targeting Ukraine in Q2 of 2022, with the number of registered and processed cyber incidents increasing from 40 to 64.