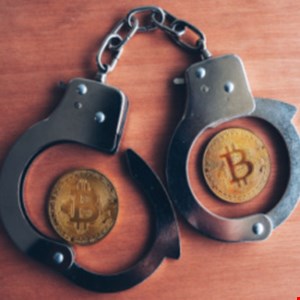 The UK’s National Crime Agency (NCA) seized millions of pounds’ worth of cryptocurrency last year as part of its efforts to crack down on money laundering and serious and organized crime (SOC).

The NCA, which is the UK agency dedicated to tackling SOC, revealed in its latest annual report that during the period April 1 2021 to March 31 2022 it confiscated $26.9m in cryptocurrency assets, at prices calculated in March this year.

No cryptocurrency was seized at all the year before, indicating the growing importance of digital money to organized crime gangs.

In fact, more virtual currency was seized than physical assets (£7m) or fiat currency (£26m) over the 2021-22 report period. The caveat is that some of these assets “may still be liable to be returned,” according to the report.

Tracking and confiscating the digital proceeds of crime was central to one of the NCA’s core strategic priorities in 2021-22: reducing the harm from economic crime caused to individuals, the UK economy and institutions. It said the main threats in this regard are fraud and financial exploitation, money laundering and cybercrime.

“The NCA has been forced to move swiftly to try and stem the use of these cryptocurrencies in financial crimes. The lack of regulatory oversight around cryptocurrencies makes them attractive for criminals seeking to move funds around the world,” said Morgan Heavener, a partner at consultancy Accuracy.

“Financial institutions and professional services firms handling cryptocurrency assets need to ensure they have the most stringent due diligence in place to ensure they do not inadvertently facilitate financial crimes, including money laundering. Failure to do so can lead to punitive fines or even criminal proceedings.”

Yet many banks are struggling to do so due to poor technology, a lack of cooperation with law enforcement and a regulatory regime which leads to box-ticking rather than solving money laundering and predicate crimes.

A BAE Systems Digital Intelligence report out earlier this year revealed that 62% of banking compliance officers believe criminal activity is getting harder to spot, and that at least half (50%) of money laundering goes undetected. Financial crime control failures among challenger banks were also recently highlighted by UK regulator the FCA.