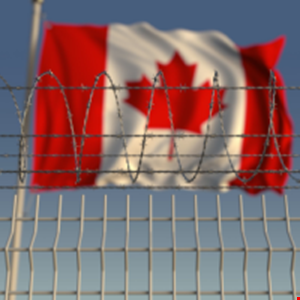 A Canadian man was sentenced to 20 years in prison and ordered to forfeit $21.5m today for participating in the NetWalker ransomware attacks, said the Department of Justice (DOJ) Office of Public Affairs on Tuesday.

When Canadian law enforcement officers arrested Vachon–Desjardins in Gatineau, Quebec, they executed a search warrant at his home.

During the search, police discovered and seized $742,840 in Canadian currency and 719 Bitcoin, valued at approximately $21.8m at the time of seizure and $14.4m today.

“The defendant, in this case, used sophisticated technological means to exploit hundreds of victims in numerous countries at the height of an international health crisis,” said US attorney Roger B. Handberg for the Middle District of Florida, referring to the COVID–19 pandemic.

“This case is an example of the dedication and tenacious work of our law enforcement partners to bring such criminals to justice, no matter where they reside or operate.”

More generally, Vachon–Desjardins comes almost a year after the US government launched a global action against the NetWalker cyber–criminal gang in January 2021, seizing $454,000 in cryptocurrency from ransom payments made by victims of three separate NetWalker attacks.

“The defendant identified and attacked high–value ransomware victims and profited from the chaos caused by encrypting and stealing the victims’ data,” said assistant attorney general Kenneth A. Polite Jr. of the Justice Department’s criminal division, commenting on the ruling.

“Today’s sentence demonstrates that ransomware actors will face significant consequences for their crimes and exemplifies the Department’s steadfast commitment to pursuing actors who participate in ransomware schemes.”

Further, according to a special agent in charge, David Walker of the Federal Bureau of Investigation (FBI) Tampa Field Office, the ruling should remind the American public that the bureau is committed to combating cyber–threats with its technical capabilities and law enforcement partnerships.

“Our cyber task forces work vigorously to expose the cyber adversaries preying on United States citizens and bring them to justice.”

The FBI was also recently behind the arrest of a former US National Security Agency (NSA) employee who tried to sell classified information to a foreign government.